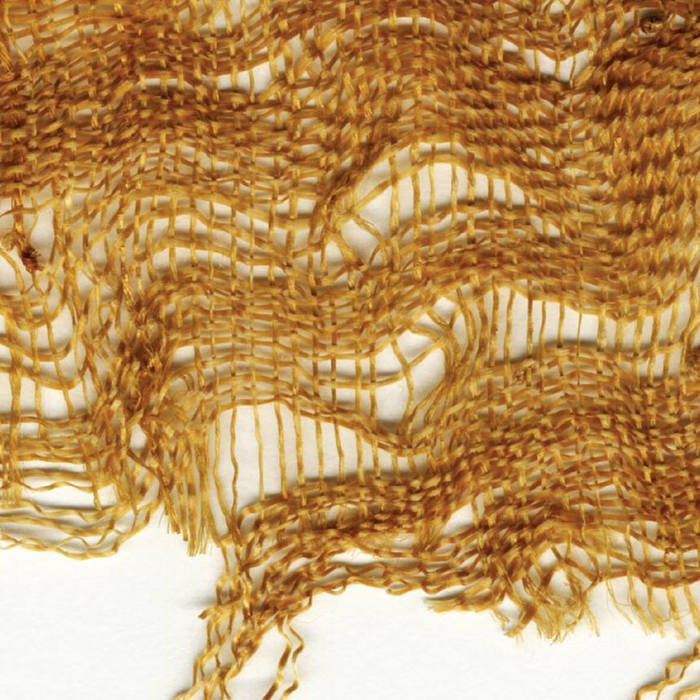 pat1985 utterly astonishing stuff. unlike anything I have ever heard. one for the adventurers. Favorite track: Park cleaning / Crickets chirping.

jckmd Don't want to say too much before the CDs ship, but believe me, you want to get this. One of the most amazing things I've ever heard.

My collaboration album with Taku Unami, Wovenland, is truly experimental. Recording of physical vibrations is more radical than that of musical instruments and electronic sounds. For this album, we decided to weave a world by letting different sound sources interact, like hitting against each other. It means that we tried to re-weave the normal stereo sounds into a new form. So the title is Wovenland, a world which was woven.

Track 1 is The Farthest Land #1. We overlaid two sound sources that were recorded separately by two of us, with a long distance between the locations. So it created a bit unnatural feel of distance in the recorded sounds. In fact, we were surprised to know that it turned out to be more dramatic than we expected, which was totally beyond our intention. We recommend you to listen to it with headphones.

Track 2 is Park Cleaning / Crickets Chirping, in which the sound of two park cleaners who were cleaning the part with brooms and the quiet sound of the chirps of crickets are crashed against each other. We set the volume of the cleaners not to exceed a certain level by programming. When the volume of the cleaners fell below a certain level, the sound source was switched to the chirps of crickets. These two sound sources were not blended. Taku Unami did the max programming.

Track 3 is In The Park, in which small fragments of silences were inserted in between noises of the park in Nakano. We would like you to listen to the consecutive feel of the stereo which emerged from the sounds in chopped up pieces.

Track 4 is In The City, Fire Sirens. We changed the playback speed of the fire sirens that we recorded in the city to 8.5 % (normal speed is 100%). You will hear some chirps of birds toward the end.

Track 5 is The Farthest Land #2. We wanted to record the sounds of the farthest land in this track. The farthest land could be anywhere, so we did recording at a terminal station of a local railway. This track was recorded as false stereo using reversed-phase signals of the sound sources, just like Track 1.

In Track 7, Parking Lot for Bicycles / The Library, and in Track 8, Shorefront of a Lake / Commercial Space, we mixed segments of different frequencies (high and low pitches) alternately as seen in the attached illustration. Two sound sources were simultaneously mixed, but the frequency spectra of both did not overlap with each other.

The duration of both Track 7 and 8 is six minutes long, and the first 3 minutes and the last 3 minutes have different frequency spectra.

Track 9, In a Farmland, was recorded in the same method as in the Track 3. In the last half, Taiwanese squirrels are screaming out.

Track 10, From The Rooftop, Railway Terminal Station, the playback speed of the stereo sound source is 924%. We recorded it on the rooftop of a building, facing a train station.

We are thinking of developing and deepening our project in the future, to make something which will convey the meaning of processing. This is the first work of the series. For our future works, we are thinking of adding some ideological aspects, too.