Till My Breath Gives Out 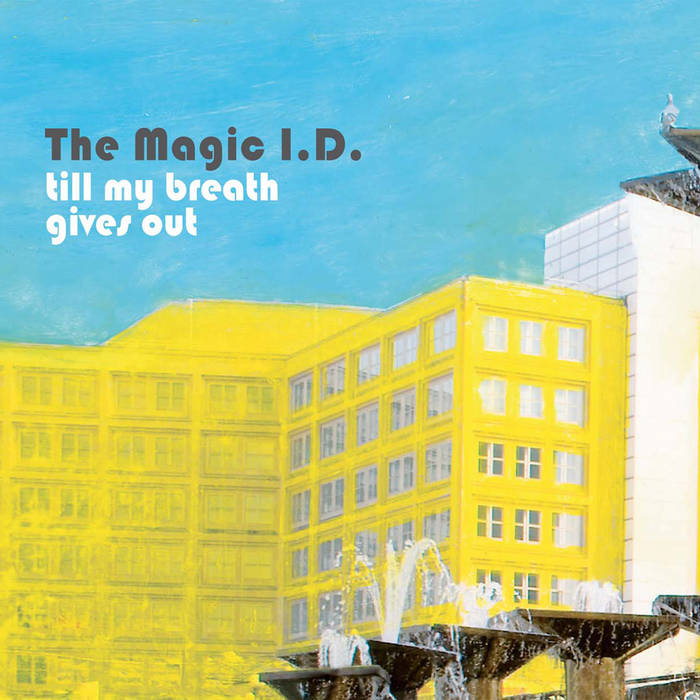 The Magic I.D. is a Berlin-based quartet exploring the juncture of song forms with abstract music. The band, consisting of Margareth Kammerer, Christof Kurzmann, Kai Fagaschinski and Michael Thieke, formed in summer 2005 after previously being connected via smaller groupings and projects. till my breath gives out is their debut release, and consists of six intricately constructed gems, each with its own individual shape, painstakingly sequenced to form a record that becomes more than the sum of its parts.

Kammerer was born in Italy and moved to Berlin in 1994. She is deeply involved in the worlds of both theatre and music, and has a lengthy resume in both areas. Her mostly solo album To Be An Animal Of Real Flesh was released on Charhizma in 2004, featuring collaborative tracks with Axel Dorner, Chris Abrahams and Tatusya Yoshida, as well as remixes from Fred Frith, Philip Jeck, Bernhard Fleischmann and Kurzmann. Her unique, distinctive voice has been underdocumented previously, but is showcased on till my breath gives out to riveting effect.

Kurzmann has been a prominent part of both the Vienna and (more recently) the Berlin scenes over the past decade. As an organizer, he cofounded the phonoTAKTIK festival, helped found the famous Rhiz club in Vienna, and runs the prestigious Charhizma label. Kurzmann has been an essential part of many Erstwhile-related live events, in Tokyo, Berlin and NYC, and was the first to work at Amann Studios for an Erstwhile release, beginning a crucial relationship for the label. His duo with Burkhard Stangl, schnee, is one of the core projects of Erstwhile, with a third release for the label currently in preparation for release, and his duo with Ami Yoshida, a s o, is an underappreciated gem.

Fagaschinski has leapt to prominence in the improv world over the last few years, with well-received duo projects such as Los Glissandinos (w/Klaus Filip), The International Nothing (w/Thieke) and Kommando Raumschiff Zitrone (w/Kurzmann). His music is rooted in abstraction, but with an increasingly insidious melodious element. This is his first Erstwhile release, and his second is already in the works, a duo disc with Stangl.

Thieke was born in Düsseldorf and moved to Berlin in 1993. He works in a wide range of styles in the jazz and improv worlds, from a Mingus tribute to a collective trio on Ayler Records (w/Christian Weber and Michael Griener) to his own Unununium project on Charhizma to the aforementioned The International Nothing w/Fagaschinski, ranging from free blowing to sparse, pointillistic abstraction, from fully improvised to fully composed.

The six pieces contained here are precise collective compositions, three by the full quartet, and one from each of the three potential â€œduosâ€ (the two clarinets form one twinned instrument). till my breath gives out expands song forms through the prism of experimental sensibilities and meshes the two remarkably fluidly. The design has been sourced from a photograph taken by Gianmarco Bresadola in Alexanderplatz, Berlin, and stunningly reconceived by Berlin designer Marion Gerth.